Architecturestudio NOAN has won the international open competition to design a new city district in Tampere Finland. Located on the southern edge of current city centre, this old industrial and water treatment area will become a new part of the city center.

The design is based on the three central elements of the identity of Tampere: the waterways in the city as a part of everyday life, the historical red brick buildings and the future identity of urbanity and high rises.

1.The design strengthens the presence of the waterways in the urban structures inherent to Tampere. With a versatile and fluctuating shoreline, the water is strongly present in the life of the residents, in the public plazas and in the city structure itself.

2.The area continues the recognizable series of historical red brick buildings starting from the city center and continuing towards south. Brick has been brought in as a central part of the new area as a modern interpretation of traditional brick architecture. The strong motif of the roofs creates a recognizable skyline for the neighborhood and gives a hint of its industrial and distinctive nature.

3.The Viinikanlahti area is a strong part of the future identity of Tampere. High volumes and the ambitious architecture of the area support the high-quality development of the city centre and the construction of a remarkable lakeside city. 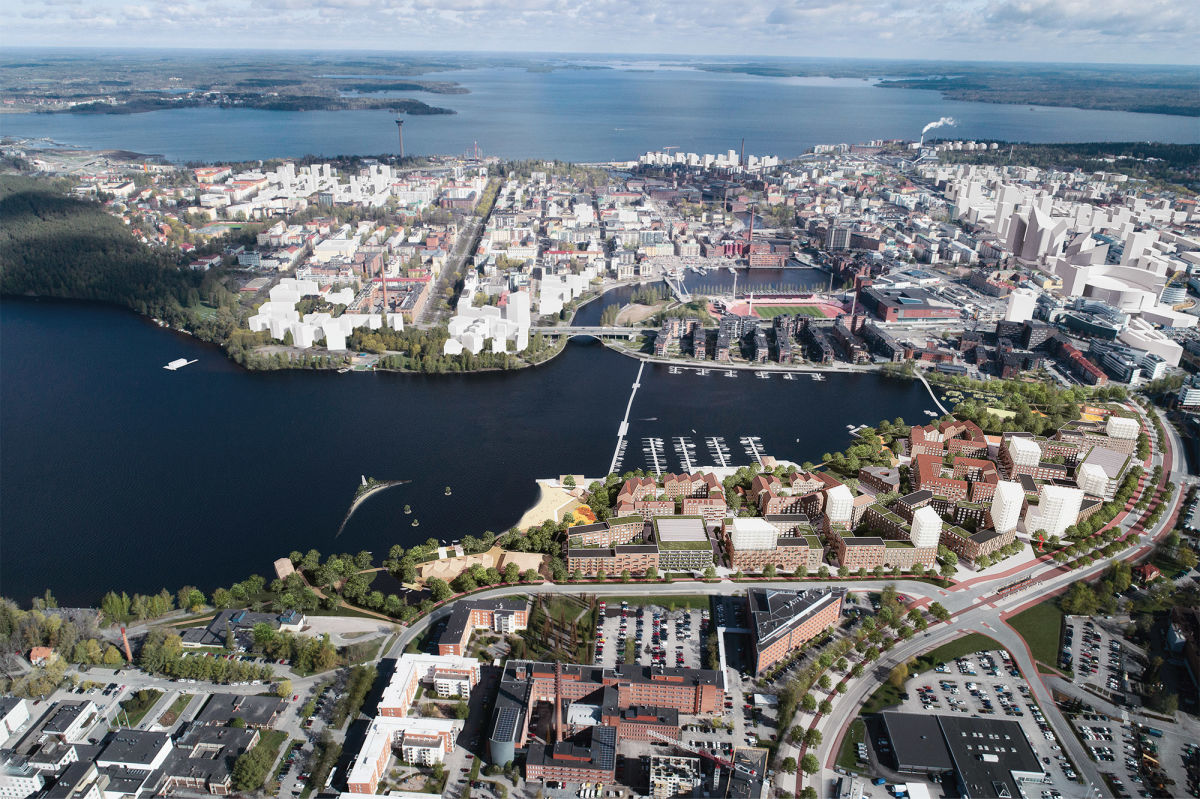